The lecture entitled Self-Control, Willpower, and Ego Depletion: Gradual Emergence of a Theory will be delivered by Roy F. Baumeister. He is one of the world’s most esteemed and influential psychologists – the Institute for Scientific Information lists him among the handful of most cited psychologists in the world. R. F. Baumeister received his Ph.D. in social psychology from Princeton in 1978 and did a postdoctoral fellowship in sociology at the University of California at Berkeley. He has held professorial roles at Florida State University and spent over two decades at Case Western Reserve University. He has also worked at the University of Texas, the University of Virginia, the Max-Planck-Institute, the VU Free University of Amsterdam, the University of California at Santa Barbara, and Stanford’s Center for Advanced Study in the Behavioral Sciences. He currently holds the title of Emeritus Professor of Psychology at the University of Queensland in Brisbane, Australia, as well as at Florida State University (USA), and he also has affiliations with the University of Bamberg (Germany) and Jacobs University (Germany). Prof. Baumeister’s research spans multiple topics, including self and identity, self-regulation, interpersonal rejection and the need to belong, thinking about the future, sexuality and gender, aggression, self-esteem, meaning, free will, consciousness, and self-presentation. He has published well over 700 scientific articles and more than 40 books, including Evil: Inside Human Violence and Cruelty (W. H. Freeman, 1996), The Cultural Animal: Human Nature, Meaning, and Social Life (Oxford University Press, 2005), Meanings of Life (The Guilford Press, 1991), and Willpower: Rediscovering the Greatest Human Strength (Penguin Press, 2011). He has received research grants from the National Institutes of Health and from the Templeton Foundation. In 2013, R. F. Baumeister received the highest award given by the Association for Psychological Science, the William James Fellow award, in recognition of his lifetime achievements. He has also received lifetime achievement awards from the Society for Personality and Social Psychology and from the International Society for Self and Identity. 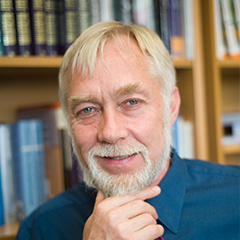